DEMYSTIFYING CONTESTING NARRATIVES IN MULTIDISCIPLINARY & MULTIPERSPECTIVE COVID-19 DISCOURSE
ABSTRACT
COVID19 Pandemic discourse typically highlights some of the key elements of VUCA, namely Volatility, Uncertainty, Complexity, and Ambiguity, giving rise to a range of contesting, and often confusing narratives making it almost impossible to interpret for its intended audiences, including medical practitioners, healthcare workers, government agencies, political leaders, and in particular, ordinary citizens. One of the most critical aspects of this discourse is that it is increasingly complex in terms of interdisciplinarity, multidimensionality and hybridity. Drawing on the concept of Interdiscursivity defined in Critical Genre Theory (Bhatia: 2017) as appropriation of all forms of text-external resources across disciplinary, ideological, commercial, and socio-political boundaries, I would like to argue that any satisfactory analysis to account for such interdiscursive complexity in COVID19 discourse would essentially require a multiperspective and multidimensional analytical framework.
Reference:
Bhatia, Vijay K (2017): Critical Genre Analysis: Interdiscursive Performance in Professional Practice, London, Routledge.
Biodata
Vijay Bhatia retired as Professor from City University of Hong Kong and is now Adjunct Professor at the Chinese University of Hong Kong and Visiting Professor at the Hellenic American University in Athens (Greece). Some of his research projects include Analyzing Genre-bending in Corporate Disclosure Practices, and International Arbitration Practice: A Discourse Analytical Study, in which he led research teams from more than 20 countries. His research interests include, (Critical) Genre Theory, Analysis of academic and professional discourses, particularly in legal, business, promotional, and new media contexts; ESP and Professional Communication; simplification and easification of legal and other public documents. Three of his monographs on genre analysis, Analysing Genre: Language Use in Professional Settings (1993), Worlds of Written Discourse: A Genre-based View (2004), and Critical Genre Analysis: Interdiscursive Performance in Professional Practice (2017) are widely used in genre theory and practice. E-mail: vjkbhatia1@gmail.com; Website: www.vjkbhatia.com 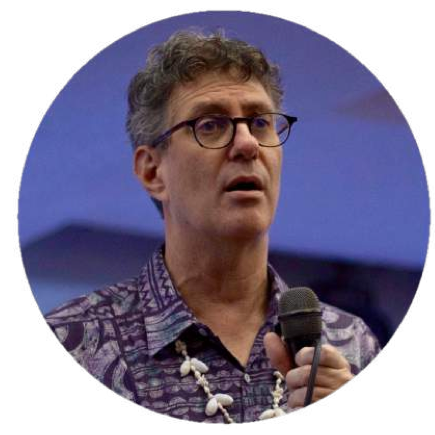 WHY MULTILINGUAL ECOLOGIES MATTER: LANGUAGE POLICY WITHIN MACAU’S HISTORICALLY DIVERSE ECOLOGY
ABSTRACT
Since the handover of sovereignty from a Portuguese colonial administration to Chinese administration in December of 1999, Macau has thrived as a ‘Special Administrative Region’ (SAR) of the People’s Republic of China (PRC). Much of the small territory’s economic success of the past two decades relies upon the development of the world’s largest casino gaming economy in a way that national (i.e. PRC) and international interests can be effectively balanced against local interests. Cantonese, Putonghua and English in many ways respectively represent the competition between local, national and international interests in education, a domain where each language is either taught as a compulsory school subject or used as a medium of instruction (MOI). In this way, the Macau experience of language policy — where a local variety of Chinese must compete with the national variety Putonghua and the international language of English — is reflective of the experience of other ‘overseas Chinese communities’ (e.g. Hong Kong, Singapore, etc.) as well as PRC communities where local varieties of Chinese were once dominant. And the added importance of Portuguese as an official language of the territory creates unique challenges for balancing the demands of multilingualism. A careful analysis of language trends recorded in the Macau Census suggests that, while multilingualism is increasingly reported, Cantonese has declined as both an MOI and as a ‘usual language’ within the territory, especially among school-aged children. Further analysis of educational language policy documents suggests that the Macau SAR government recognises the need to implement measures that will protect Cantonese as Macau’s primary language, but, at the same time, has also implemented policies that threaten the predominance of Cantonese within the territory. Finally, the recent Macau experience is suggestive of how policies in other larger Chinese cities will affect retention of local varieties of Chinese.
Summary: The Macau Special Administrative Region of China is a small Cantonese-speaking community. Like many other Chinese-speaking communities, educational language policy attempts to preserve Cantonese and, at the same time, implement Putonghua and English as instructional languages. Census figures suggest that policy may be affecting Cantonese vitality, especially among school-aged speakers.
Biodata
Andrew Moody is Associate Professor of English at the University of Macau where he teaches courses in sociolinguistics and world Englishes. Before beginning his PhD at the University of Kansas (USA) he taught English for two years at the Beijing Second Foreign Language Institute (China). His PhD dissertation in English (1997) was a corpus examination of inter-ethnic and intra-ethnic writing styles found in e-mail messages from Hong Kong students, a dissertation that became an early examination of Hong Kong English. After completing the PhD and while working in Japan he began investigating the role of English in Japanese popular culture generally, and especially in J-Pop music. He has written on the role of English in East Asian and South East Asian popular culture and published in World Englishes, English Language and Teaching Journal, English Today, Asian Englishes and has contributed essays to several collections focussing on language in popular culture and in world Englishes. His most recent research examines the various roles of dialect in popular music and he has edited a collection of essays investigating the role of English in Asian pop cultures, published by Hong Kong University Press. He is the author of Macau’s Languages in Society and Education: Planning in a Multilingual Ecology (2021) published by Springer Pres. He is currently editing the Oxford Handbook of South East Asian Englishes, which is expected in 2023, and a monograph entitled World Englishes and Performance (Cambridge University Press), which is expected in 2022. Since January 2018 he has served as the editor 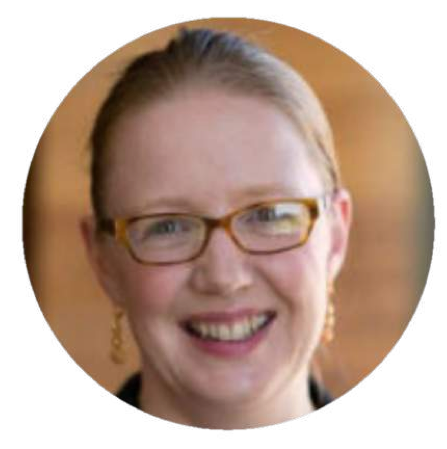 RESEARCHING MULTILINGUAL CITIES FOR INCLUSION AND PARTICIPATION
ABSTRACT
We live in an increasingly urbanised world: current UN estimates are that more than half of us live in cities, and it is predicted that this will rise to more than two thirds of the world’s population by 2050. The most rapid population growth is – perhaps surprisingly – not in mega-cities, but in small urban settlements with fewer than 500,000 inhabitants. Across the world, multiple languages co-exist and intermingle in urban settings in new and shifting patterns of language use.
Cities have long been a topic of academic discourse, with scholars examining urban life through their own particular lens. Language matters sometimes pop up under the headings of migration or diversity, but usually only rather cursorily and mostly as a problem to be addressed – a deficit or a challenge. There is both a lack of awareness and research regarding the relationship between the languages spoken by city-dwellers and the contributions of their languages to the life of the city – its economy, tourism, education, artistic life and so on.
This talk examines the different multilingual facets of contemporary cities and goes on to explore some recent studies which seek to harness heterogenous multilingual practices with a view to promoting inclusion and participation. Instead of bounded notions of languages linked to stable national or ethnic communities, the studies described present a dynamic picture of ubiquitous, everyday multilingualism which resists clear-cut classifications, part of (post)modern city life in all of its complexity.
Biography
Lorna Carson is Head of the School of Linguistic, Speech and Communication Sciences and Professor in Applied Linguistics. She holds a B.A. (Mod.), M.Phil. in Applied Linguistics and Ph.D. from Trinity College Dublin, and an M.A. in European Studies (Human Resource Management) from the College of Europe, Bruges, Belgium. In 2015 she was elected a Fellow of Trinity College Dublin. She was the Founding Director of the Trinity Centre for Asian Studies, a multidisciplinary teaching and research centre which brings together the university’s expertise in Japanese, Korean and Chinese Studies, and leads the activities of the university’s Centre for English Language Learning & Teaching. Professor Carson’s research on language learning addresses issues located at the interface between individual and societal multilingualism, with a particular attention on the language classroom, with a focus on language learning, language education policy and assessment. Her books include “Language and Identity in Europe: The Multilingual City and its Citizens” (2020, Peter Lang), “The Multilingual City: Vitality, Conflict and Change”, co-edited with Lid King (2016, Multilingual Matters); “Language Learner Autonomy: Policy, Curriculum, Classroom”, co-edited with Breffni O’Rourke (2010, Peter Lang), and “Multilingualism in Europe: A Case Study” (2003, 2005, Peter Lang). She is a former President of IRAAL, the Irish Association for Applied Linguistics (2014-2017). She is a member of the Governing Body of Marino Institute of Education, and sits on its Academic Council. In 2021, she was elected to Trinity’s University Council. 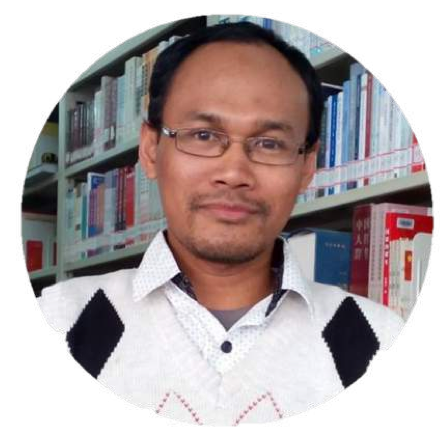 LANGUAGE AND CRIME IN CYBER WORLD
ABSTRACT
In cyber world, there is no border among language users to communicate and share any ideas from any places. However, since it has potential anonymity therein, the borderless world may create unlawful language use either in written or spoken channels. Considering this issue, I will discuss the study of forensic linguistics for evaluating the language in cyber crime such as in threat and provocative speech, terrorism, and other potential use either in personal or public domain. Hopefully, this study can motivate more inquiries in applied linguistics for crime investigation when they are used as legal evidence.
Biodata:
Dr. Susanto is the Head of the Centre for Studies in Linguistics, Universitas Bandar Lampung (UBL). At the university, he is also a senior lecturer at the English and Education Department. In 2018, he was a Fulbright Fellow at the Department of Brain and Cognitive Sciences, Massachusetts Institute of Technology (MIT), USA. He conducted a research on studying neural mechanism for identifying deception. In 2017, he completed a two-year postdoctoral research in Forensic Linguistics at the Martin Centre for Appliable Linguistics, Shanghai Jiao Tong University (SJTU), China. In 2008, he completed studying courses at ISFC Winter Institute, Macquarie University, Australia. In 2014, he founded the Indonesian Community for Forensic Linguistics (Komunitas Linguistik Forensik Indonesia, KLFI). He earned his BA in English Literature from Universitas Islam Sumatera Utara (UISU, 2002), MA in English Applied Linguistics from Universitas Negeri Medan (UNIMED, 2004), MA in English Literature from the Central Institute of English and Foreign Languages (CIEFL, 2007), India and PhD in Linguistics and Phonetics from the English and Foreign Languages University (EFLU, 2014), India. Some of his major interests are linguistics, phonetics, forensic linguistics, neurolinguistics, language teaching and language acquisition. He can be reached at his homepage www.mrsusanto.weebly.com.

Deadline for Registration and Payment

The conference is expected to benefit students, educators, academics, researchers, industries, NGOs, government sector, policy-makers and all those with an interest in the role of language in society.